BREAKING NEWS
Richard Carapaz, the tenth highest paid cyclist in the world
World’s museums face post-pandemic
Private airlines will cover Tame’s exclusive routes
President Lenín Moreno announces the elimination of the Anti-Corruption Secretariat in the face of complaints about interference in investigations
What is the ‘right to disconnect’ for people who telecommute?
Simone Cecchini, ECLAC official: Ecuador will decrease in a ‘dramatic’ way
Farm Boutique, the answer to the health crisis in popular areas of Ecuador
Chinese experts share their experience of the coronavirus with Ecuador
Teachers learn online and add e-learning to their resume
Humanitarian Law reduces working hours to maintain employment 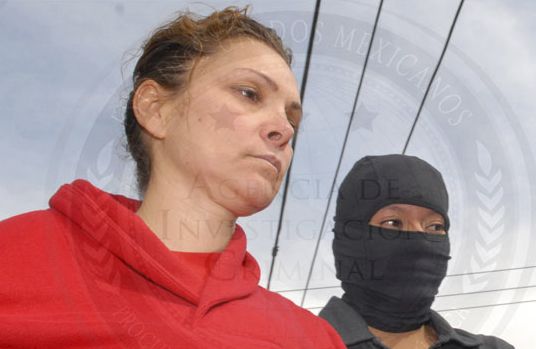 The wife of the former mayor of Iguala Jose Luis Abarca, Maria de los Angeles Pineda Villa, was sent to prison for her alleged role as intellectual author, along with her husband, in the disappearance of the 43 students of Ayotzinapa.

A federal judge based in the Tamaulipas state issued an arrest warrant against Pineda on charges of organized crime and money laundering.

The magistrate accused her of having links with the cartels of the Beltran Leyva brothers and Guerreros Unidos.

According to investigations, Abarca ordered municipal policemen to confront students of the rural school, in Ayotzinapa, to prevent the sabotage of an act of his wife, who was emerging as his successor in the government of Iguala.

Pineda and her husband, who are linked to the criminal organization Guerreros Unidos, were arrested on November 4 in a popular district of the city of Mexico, after more than a month of being fugitives.

Both Pineda and her husband are accused as the masterminds of the disappearance last September 26th, of 43 students in southern Mexico, in cahoots with corrupt local police and the Guerreros Unidos cartel.