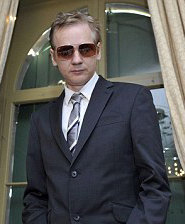 This Tuesday the British police apprehended Julian Assange due to a Swedish warrant that connected him to rape charges. The associates of the WikiLeaks founder informed that his arrest would not stop him from further disclosures.

The statement was made on the social network Twitter, “Today’s actions against our editor-in-chief Julian Assange won’t affect our operations: we will release more cables tonight as normal.”

Officers from Scotland Yard’s extradition unit arrested Assange when he went to a central London police station due to a prior agreement with authorities. Hours later he was seen at the City of Westminster Magistrates Court using a rear entrance to avoid the media from Britain, United States, China, Russia, Japan and many more European countries.

The British police arrested Assange based on rape charges, however the WikiLeaks founder denied those accusations. Mark Stephens, lawyer of Assange previously stated that he would resist extradition to Sweden so the respective authorities could question him.

Assange surrendered at 9:30 am, informed the British diary The Guardian and during his court appearance, the founder of WikiLeaks stated that he would fight extradition to Sweden. Afterwards judge Howard Riddle rejected the bail request for Assange even after several British personalities offered to pay over 20 thousand pounds and now Julian would remain in custody until December 14. Finally the WikiLeaks founder stated the following “If something happens to us, the key parts will be released automatically.”