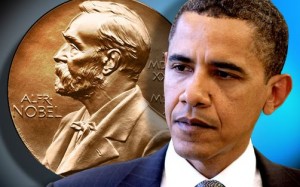 Twelve Nobel Peace winners urged President Barack Obama to disclose how much the United States resorted to torture after the 11-S, and demanded the release of a report on interrogation techniques applied by the CIA.

Obama, also a Nobel Peace Prize, admitted in August that the US practiced torture. “We tortured people,” he said.

“The confession of the US president that his country practiced torture is a first step for the country to close a dark chapter in its history,” indicated the letter signed by Nobel Laureates.

The publication by the Senate of a report on the techniques applied was postponed several times because the Central Intelligence Agency (CIA) is strongly opposed to declassify certain data.

“In the coming weeks we will be alert from different corners of the world, on the publication of the Senate’s report on the torture agenda of the US that puts the country at a crossroads,” wrote the Nobel Peace Prize laureates.