Without the law of surplus value, works are restarted and greater demand is expected 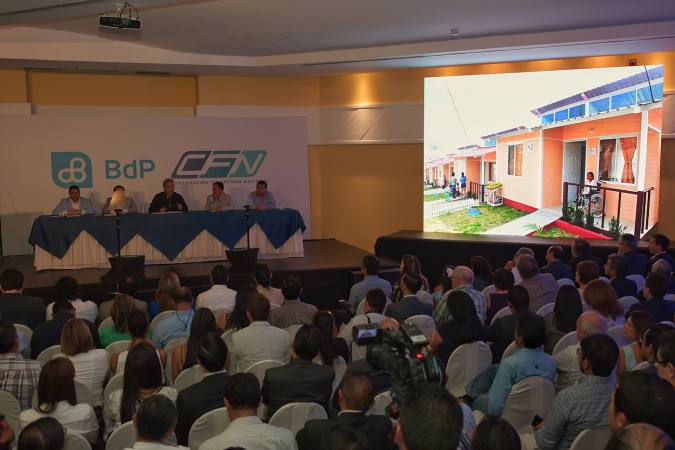 A real estate analysis of the consultancy Market Watch, published in March 2017, concluded that the residential market (houses and apartments) suffered a commercial contraction and that new projects – in plans – fell 16.33%, comparing the first quarter of that year with that of 2016.

The government of Lenin Moreno, in July of 2017, acknowledged that the construction suffered a depression of 7.3% in that first quarter due to the Goodwill Law, in effect since December 30, 2016, and according to builders that rule it affected 40% in its activities and the same percentage less in housing reserves.

Now the repeal of that law (this Friday the National Assembly threw down that rule whose elimination obtained 63.1% of votes in the referendum on February 4) is one of the variables that, according to builders and real estate, would lead to a Recovery; and they see in April the opportunity to start growing.

This is due to the new credit lines for people and builders announced by the Corporación Financiera Nacional (CFN) and the Banco del Pacífico on the same day of the repeal of the law; in addition to the possible pronouncement of the Constitutional Court on the elimination of the roof of utilities that are paid in April and that builders expect to boost the market.

In Salinas (Santa Elena), during the presentation of the new products, President Lenin Moreno said that 900 builders are registered to participate in the state plan House for All, which plans to deliver 20 thousand houses until the first half of this year. Meanwhile, the Association of Real Estate Developers (Apive) already focuses on housing fairs to be held in April, such as Casa Nueva Habitat from 4 to 8, in Guayaquil. In a statement Apive invited to participate in the fairs where they will present “projects on which for the first time will not weigh the ominous law already repealed.”

For Enrique Pita, president of the Federation of Chambers of Construction, the elimination of the law already translates into projects that are restarting, although he maintained that the total recovery of the sector will take some time.

“Although it is true today, we are beginning to dust off projects, there are already works that have been restarted, the engineering works have a time of development between which they are conceived, structured, built, delivered, of at least two years” , said Pita.

However, although it also celebrates the repeal, Isabel Wagner, president of the Association of Real Estate Brokers of Guayas, said that support for the construction sector has been concentrated in new projects and no facilities have been provided to obtain mortgage loans for second and third hand houses. “Real estate represents another important line of sale, old buildings, there are restrictions and in many cases they do not provide facilities,” he said. (I)

The Corporación Financiera Nacional improved the CFN Construye credit line and presented three new ones: CFN builds Casa para Todos, for promoters who join the government program with loans at a rate of 5.5% per annum; Build now !, for loans of up to $ 2 million with a rate of 7%; and CFN Direct Credit Working Capital for Construction, with 5-year term loans, with 7.5% annual rate and 24 months of grace to build housing developments, offices or commercial premises.