Yachay Tech has a new president 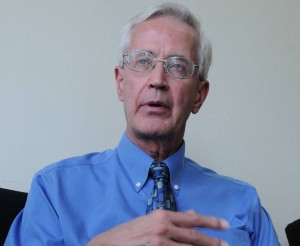 Daniel Larsson, PhD in Physics and of American origin, was appointed by the Management Commission as the new president of Yachay Tech, located in Urcuquí, in the Imbabura province.

According to Yachay sources, last Monday Larson was announced as rector. Before serving as chancellor of the same university and, during the absence of the then acting University president José Andrade, Larson was appointed president in charge.

Larson earned his PhD at Harvard University and, according to his biography, he has an extensive research experience in atomic, molecular and optical physics.

He was also dean of the Eberly College of Science at Pennsylvania State University, where he won the recognition for Administrative Excellence in 2012. He also taught at Harvard and Virginia universities, in the US, and Chalmers University of Technology, in Sweden.

For the opposition, Correa announcements are ‘smokescreens’

The money to pay the bonuses must be transferred today