We have just suffered two hacking attempts from China and from the United States, denounced the presidential candidate for the Pachakutik movement, Yaku Pérez. 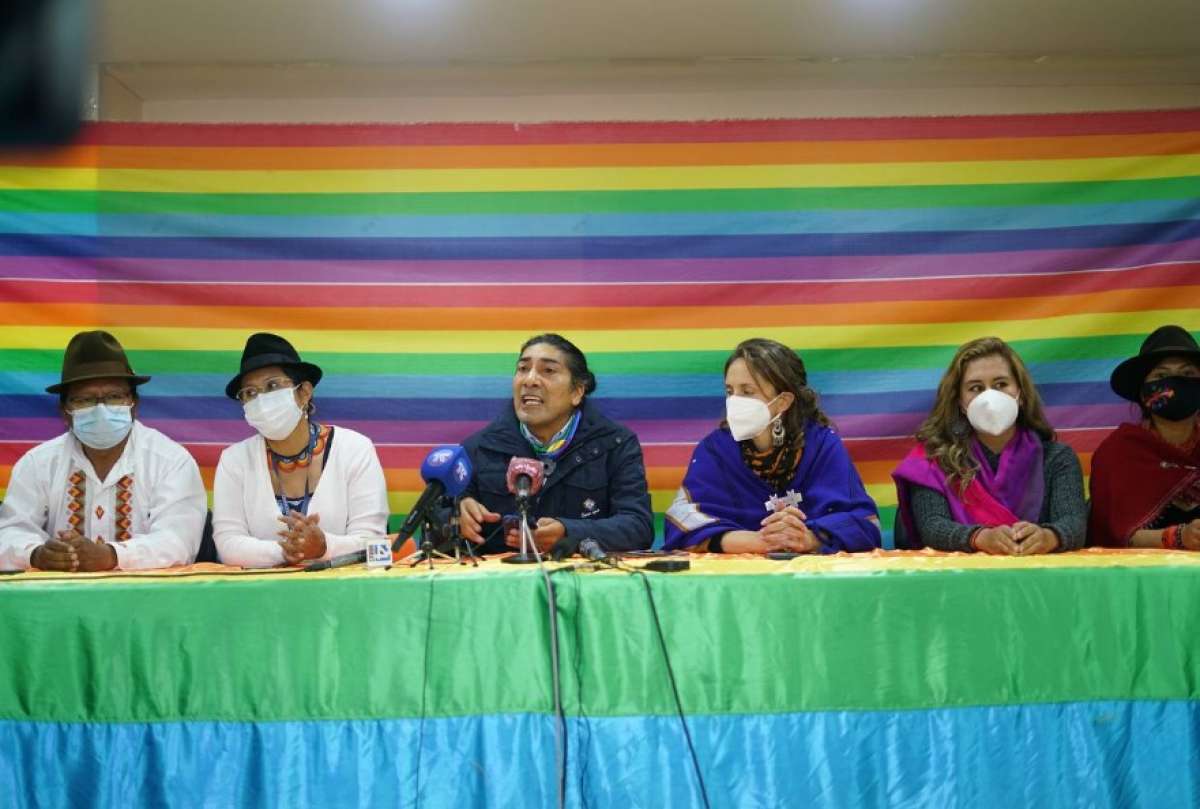 At a press conference called for 20:00, the ecology candidate said that technicians from his team are already presenting the complaint at the electoral control table in light of the attempted attacks.

“They do not allow us to take the photographs of the original minutes, only the drafts. Even so, according to our control we have counted 90 thousand votes, that is, 40% for Yaku Pérez, 20.3% for Andrés Arauz and 14.61% for Guillermo Lasso, data revealed by the National Electoral Council (CNE) itself, which ranks us in second place ”.

Amid the applause of those present, he complained about the exit poll, which puts him in third place in the results, but announced that he understood the reasons: “the pollsters are managed by Mr. Arauz and Mr. Lasso”.

He also said that “the data from the central Sierra, southern Ecuador, the Amazon and the periphery always have a margin of waiting, they come further back, but even so we are in second place.”

Then he paused to announce that he had passed to the second round and that he was glad to have worked hard from Monday to Sunday and to have visited the last places and spaces of the Ecuadorian geography and especially of his community.

“The other candidates did not visit much of the Amazon, we did. We even visit communities, not just cities or parishes ”, he added.

He was emphatic when he pointed out that “we are the second political force and after the second round we are going to become the first political force in Ecuador. We are the movement of ecology, of the defense of water and we are sure that in Cuenca we will also win in the water consultation by a landslide and what we win in Azuay will become a national triumph ”.

He announced that leaders from all over the country have called him, the organizational structures of the central Sierra, the Ecuarunani, to tell him that they will be attentive and vigilant to take care of the vote “because what we win at the polls we are not going to lose at the voting table. CNE ”.

Finally, he said that no matter how much they try to manipulate the votes, they will not be able to, but neither should the hacking of the CNE page that comes from the United States and China go unpunished.