$ 200 is again the minimum amount for mandatory invoicing with data 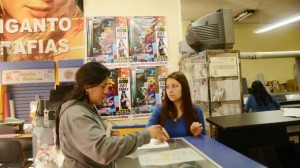 The base from which taxpayers must issue invoices with information of the consumer returns to be $ 200, announced yesterday the Director of Internal Revenue Service (SRI), Ximena Amoroso.

This provision is an amendment to the Regulation of Sales Receipts, Withholding and Complementary Documents, made on February 28, through whichthe value that was established since August 2002 takes effect again.

This would be the second change the norm has had since late last year, when by Executive Decree 539 published in Official Gazette 407 of December 31, 2014, the minimum amount of $ 200 was changed to $ 20. The Reform took effect from January 2015.

Catalogue of Investments 2015-2017 was presented