Andres Páez announces a civic crusade against the “dirty campaign” 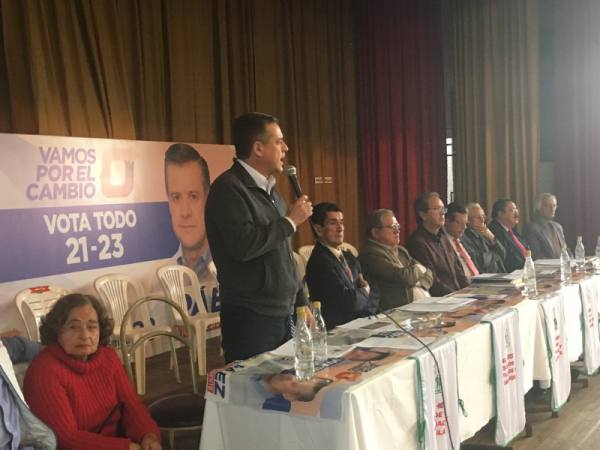 During an event in Quito, the candidate for vice-president, Andres Páez, affirmed that the government is using a dirty campaign against the binomial Lasso-Páez, and warned about worse things.

He said that along with his companion Lasso, he started a crusade to stop “the cruel dirty campaign perpetrated by the government”.

He assured that the government reached so far by hacking web pages from pollsters to give fake information; that´s why he called the citizens to not pay attention, and keep fighting for what they believe.

He also said that they can´t be confident because “the Electoral National Council belongs and is managed by government people”; and added that they can´t trust what he called a demagogic campaign from part of the government, with unrealizable offers.

They prepare demand against Correa for blocking them on Twitter