Daleep Singh, the deputy national security adviser to the US President, Joe Biden, begins this Monday, September 27, 2021, a tour of Colombia, Ecuador and Panama to begin to shape a great infrastructure plan with which the United States wants to counter the advance of China. 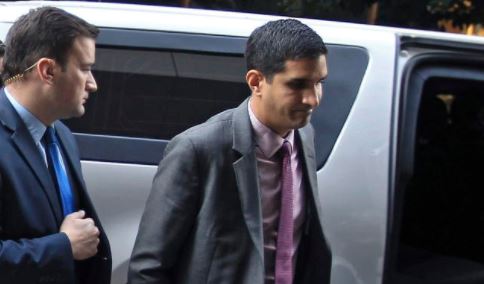 Daleep Singh (right) will meet with President Lasso and much of his government.

Singh arrived in Colombia this Sunday on a trip that will last until Thursday and in which he will meet with the Colombian presidents, Iván Duque, and Ecuadorian, Guillermo Lasso; as well as with several Panamanian ministers and with representatives of different sectors of the three countries.

The objective of his tour is to hear ideas to design an infrastructure project that Biden wants to launch as an alternative to the Chinese project One Belt, One Road, explained a senior US official in a telephone press conference with a group reduced media, including Efe.

Biden already persuaded in June to all other member countries of the G7 (the seven most developed countries) to launch with him the initiative, called Build back better for the world and seeks to invest in infrastructure in countries developing countries in Latin America, the Caribbean, Africa and the Indo-Pacific.

The White House is still developing this initiative and plans to present it “at the beginning of next year,” according to the aforementioned official, who requested anonymity.

To draft the project, Biden’s advisers want to make a series of trips to “listen” to the priorities and problems of the countries that would benefit from the initiative, and they have chosen Latin America as their first stop because it is a continent that the president knows well. “Intimate,” added the source.

“The idea is to offer a product that reflects our values, with high environmental and labor standards and with complete transparency in financial terms,” ​​said the official.

During his visit, Singh will ask his interlocutors in the three countries how the United States can “help them solve their problems” regarding their infrastructure investment needs, and what has been their “experience” in investment agreements with other countries. like China, the source added.

“It is not about exerting pressure, but about offering a better product” than China, the official stressed.

During his visit to Colombia this Monday, Singh will meet with President Duque and “other members of the cabinet,” including representatives of the Ministry of Health to discuss vaccine production capacity, according to official sources.

You will also meet with representatives of private financial institutions that work in infrastructure, with union leaders and with environmental defenders.

On Tuesday, Singh will be in Ecuador, where he will meet with President Lasso and a good part of his government, as well as with representatives of the private sector and civil society.

The Ministers Singh will speak with will be Foreign Minister Mauricio Montalvo; the head of the Environment, Gustavo Manrique; that of Public Health, Ximena Garzón; that of Telecommunications, Vianna Maino; that of Energy, Juan Carlos Bermeo; and the National Secretary for Planning, Jairon Merchán.

Finally, Biden’s advisor will visit Panama on Wednesday and Thursday, where he will meet with the Minister of the Environment, Milciades Concepción; that of Private Investment, Jose Rojas; and that of Public Works, Rafael Sabonge; as well as with the authorities in charge of the Panama Canal and with businessmen.

The future US plan is expected to mobilize capital from the private sector to drive projects in four areas: climate, health security, digital technology and gender equality.