A massive vaccination that implies the hope of an economic reactivation was the card that the business was playing to prop up its sales next Christmas; However, the global shipping crisis that has delayed and modified the supply of products has been disrupting their plans, leaving results adrift in a market where, for this reason, it is expected to have products up to 70% more expensive. 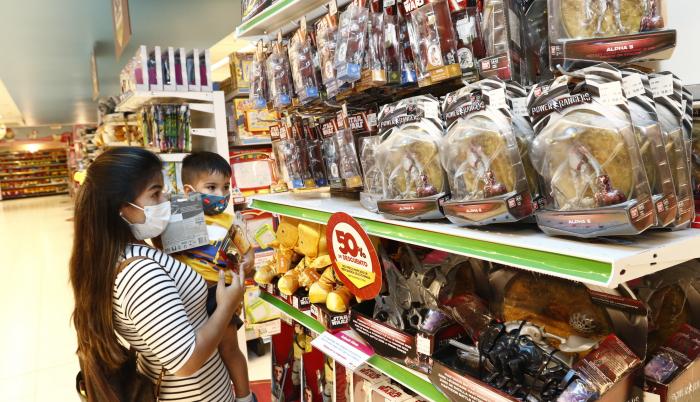 In stores like Juguetón they resort to sales to run out of stock.

The shortage of containers, as a result of the awakening of transport demand after a global pandemic, has led to a five-fold increase in freight prices and thus to limit the purchase of inputs and finished products that industry and commerce carry out at this time. usually.

In Estuardo Sánchez, one of the largest importers in the country, the Christmas season is expected to start without the expected supply. In order to beat time, last week the hangers of its stores began to be stocked with the December offer; However, Roberto Bigalli, its general manager, recognizes that what has begun to be exhibited does not represent even 15% of the total offer that they have managed to have in other years. “Before August, we even had at least 80% of the normal supply, but the lack of containers and space is what has shaken the market,” he says.

The difficulty in transporting and bringing products has caused an exaggerated increase in the price of freight. In some cases, Bigalli says, these have risen from the average $ 2,500 to $ 16,000, making the little product that is able to ship more expensive. “The impact varies according to the product category … it is not the same to bring a shoe container than a toy container. However, with these increases that are seen, we could say that there are products that could be increasing their costs from 20% to 70%”.

It is not an isolated warning; it is what is already perceived in the entire market three months from now and more until Christmas arrives. It is also recognized by Roberto Salazar, Corporate Manager of Corporación Favorita, who clarifies that although many businesses strive to lower their profit margin to motivate purchases, the strategy, in many cases, will be unsustainable and the price increase inevitable.

Stocking up on toys from a limited local industry is not a sufficient outlet either, Salazar adds, as market conditions have caused factories this year to produce less than expected.

And that is the case of Pica, the largest national toy company, which in 2021, due to the shipping crisis and the still low household consumption, decided to produce 15% less. María Laura Uvidia, Head of Marketing, maintains that of the 100 items    that are currently distributed throughout the market, at least 15 are 100% imported, the same that are expected to have an increase of up to 13%. “We are talking about skates, scooters, guitars, pianos. In others, the increase will be less because perhaps what is imported is only its accessory”.

But in a market where demand is still not reviving, no business can afford to raise prices that much. This crisis, he says, has not only led them to keep a balance, but to reinvent their offer in order to go against the current and lower the final costs of production in that offer where they are traditionally more successful. The Travelina this year will continue to be the bet. With a smaller packaging and optimizing accessories, it will be released later this month at a cost of $ 40, $ 5 less than 2019.

The strategies have been key, Estuardo Sánchez, given the rise in prices, has preferred to stock up with household goods and toys that are not only more accessible, but also have a perennial use. “What we are trying to do is complement the offer with products with Christmas characteristics, yes, but after the date they can continue to serve or can be used throughout the year. With that we could substitute those losses that we could have for the persé Christmas product”.

Facilitating the purchase has also been necessary. This year, for the first time, says Bigalli, locals will give direct credit to their customers. Payments with credit cards, in installments and without interest, will also be other payment alternatives.