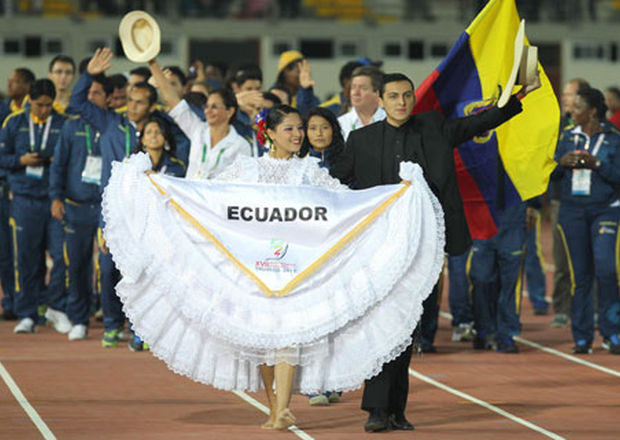 The national delegation won medals in swimming, climbing, wrestling, cycling and netball, which maintains its level and third place in the competition, after Colombia and Venezuela.

Until Saturday, Ecuador had 42 gold medals. The fighter Lissette Antes won the gold medal in the 55 kg category. In Greco-Roman form in 60 kg, Andres Montaño got the first place. Vicente Orlando Huacón, in the 74 kg also triumphed.

Ecuador added another gold medal in women’s basketball, beating Bolivia by 57-45 in the final.

In swimming, one of the highlights is Samantha Arevalo, who won eight medals; one gold medal in 5 km, three silver and four bronze. Esteban Enderica imposed two new records in the Bolivarian games in the 400 meter individual medley and 1500 m freestyle. Ivan Ochoa Enderica confirmed his favoritism and prevailed in the 5 kilometers of open water.

A special detail experienced on Saturday was when Ecuadorian President, Rafael Correa, saw his daughter Sofia winning the bronze medal in the Bolivarian Games in the discipline of climbing.