More criticism for the slow government action after knowing the first suspected case of coronavirus in Quito. The businessmen of the tourism sector consulted by Diario EXPRESO believe that “the Ministers of Tourism and Health had to go out together (yesterday) to inform about the plan to be followed . “ 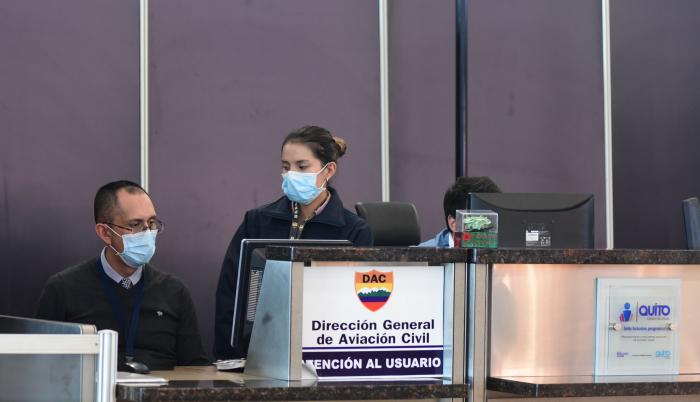 The National Federation of Provincial Chambers of Tourism expects prevention measures that require effective and timely action. The suspected case of coronavirus in Quito also moved the leaders of the tourism sector in Santa Elena. The vice president of the Chamber of this province, Luis Tenempaguay, organizes a meeting with the mayors to develop a plan that gives health security to tourists, especially in Montañita, which is one of the spas that attract more foreign travelers.

The preparation and actions of the authorities was the focus of all respondents.

André Obiol, president of the Hotel Association of Ecuador , stressed that the important thing is to have a plan to prevent. To do this, you must inform yourself about what is available to prevent the coronavirus from reaching the country. “The case is not confirmed (until the closing of this note), therefore we must still talk about prevention.”

In case it is confirmed, it is important that it does not become a pandemic and all this must be informed, to avoid affecting the economic income of the tourism sector

In this century Ecuador has not suffered an economic affectation in the tourism sector due to an epidemic, “but measures must be taken and on time” .

In 1991 Peru had an outbreak of cholera and the economic impact was 770 million dollars, due to the embargoes imposed on the food trade and the damage suffered by tourism, according to the World Health Organization.

That is why entrepreneurs in the tourism sector demand detailed information and quick actions.

Until the third quarter of 2019, tourism revenues in Ecuador totaled $ 1,408.4 million , according to the branch ministry. The increase in relation to 2018, of the same period, was 2.3%. The goal of the sector is for tourism to bring more foreign currency to the country than oil, but for this, obstacles such as the coronavirus must be overcome.

Travelers arrivals are down

In 2017, several studies were conducted on how epidemics such as malaria, dengue, yellow fever and Ebola have affected tourism in the countries. At that time it was said that if these diseases were eliminated, the number of tourists would increase by 10 million worldwide and tourism spending would rise by $ 12,000 million.

It is estimated that nations at risk of infection receive 37% fewer tourists per year, than disease-free countries. That is why Ecuador’s businessmen demand timely action from the authorities.