Ecuador once again demonstrates its spirit of solidarity. A sentiment also came from abroad with rescue workers who came from Mexico, Argentina, Colombia and other countries. The help is still needed and we must understand that we must be prepared to continue giving a hand. The little ones have been an example to follow. From children who broke up their piggy bank to others who donated their stuffed animals in exchange for bottles of water for the victims of the earthquake of last April 16, that leaves damage in Esmeraldas, Manabi, Los Rios, Santa Elena, Guayas and Santo Domingo de los Tsachilas.

All these actions were reflected by the lens of various photographers. Here we share some of the most touching and supportive images to show how a tragedy can generate the most sublime and heroic actions and unite a nation. 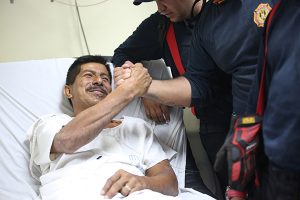 1. Pablo Rafael Cordova squeezes the hands of Colombian firefighters who rescued him from the rubble of ‘El Gato’ Hotel in Portoviejo, Manabi. (AP/Emilio D. Garcia) 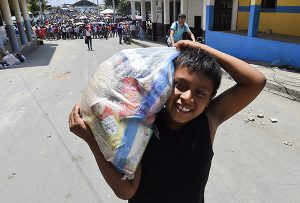 2. A child smiles after receiving a food ration in Manta, Manabi. The authorities estimate that around 8,000 people were injured after the earthquake in Ecuador. AFP / Luis Acosta 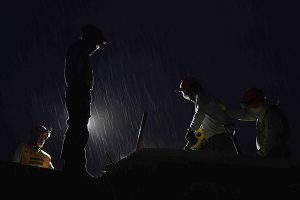 3. Colombian Rescuers looking for survivors among the rubble of the earthquake in Pedernales, Manabi. AFP / Rodrigo Buendia 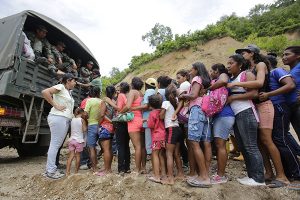 4. Military deliver food, water and clothing to the victims of the 7.8M earthquake in the town of Cholote, Manabi. AP / Dolores Ochoa 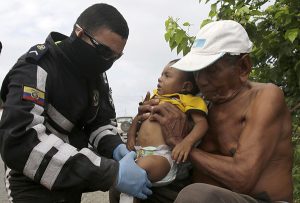 5. A doctor examines a child whose family was affected by the earthquake in Canaveral, Manabi. AP / Dolores Ochoa 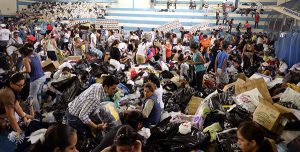 6. In several cities donations for earthquake victims were collected. In Guayaquil one of the collection centers was the Abel Jimenez arena. Photo: Ronny Zambrano 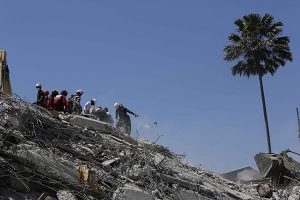 7. Volunteers looking for survivors in the rubble of a destroyed hotel in Pedernales, Manabi. (AP / Dolores Ochoa) (I).

Correa warns to detain those who call loudly for help