Setting annual shipping records, Ecuadorian cocoa has managed to maintain a hegemonic presence in the international market, but under a progressive loss of exclusivity that is worrying. Its aroma, which once put it at the top of the quality of the world offer, is increasingly threatened in a market that grows and supports its sales, in the middle of a disorderly and informal scheme. 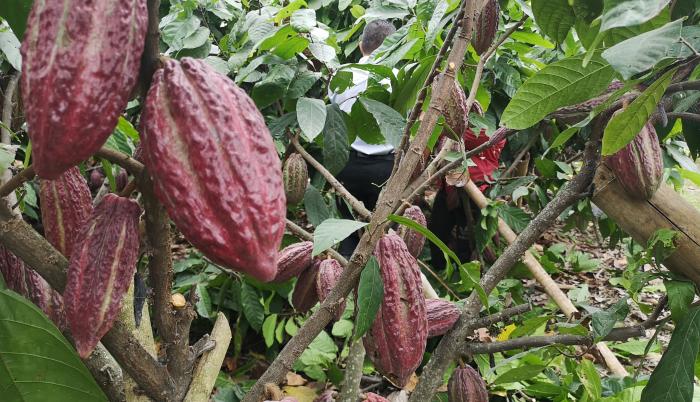 Producers still do not take advantage of the potential of CCN-51.

“Today we can say that the quality level of our cocoa is the worst in our history. And that it is being sold at the cheapest average differential, this despite the fact that it comes out perfect from the trees, ”explains Francisco Miranda, president of the National Association of Cocoa Exporters (Anecacao) with an alert tone. The problem, he adds, is in the process of transformation of the grain that is no longer receiving strict care. This is because the drying process is increasingly done in collection centers and less in farms, where there is greater expertise to process the grain.

Over time there are more farmers who prefer to deliver their offer to intermediaries, the first link they choose as a way to market the harvested cob. Unlike an exporter, they ask for fewer requirements: they do not need to have a RUC, a RISE or sign invoices . Only receive the cash in the comfort of the place where they work.

And that worries. For Anecacao, this modality is further taking root in the informality of this sector, which is already quite high. In the cocoa industry , says Miranda, 93% of the more than 300,000 farmers are not formalized, which prevents them from having direct contact with exporters and being able to sell their offer directly, at better prices (the quintal abroad costs $ 113 , but an intermediary pays the producer between $ 95 and $ 99), abandoning the tradition of making a good postharvest. “It is useless that our on-farm cocoa is one of the best in the world, if when it arrives at the collection centers handled by intermediaries, a grain segregation process is not carried out, a correct fermentation and perfect drying is not carried out”, Miranda explains.

Freddy Albiño, a cocoa farmer from Montalvo (Los Ríos), attests to the latter. The aroma and final quality levels of the product depend on a post-harvest process, he says. If that is not done with good standards, “it loses its smell, it does not smell much and its taste is not the same,” he says. However, in the field the image of the product that goes to the world is not one of the most immediate priorities. In the midst of poverty, his urgency is to guarantee a profitability for his harvest.

Albiño says that 6 years ago he stopped using RISE . Before, it did so because it needed to take its offer to Guayaquil to deliver it directly to exporters such as Nestlé . It is true that he was earning a little more, he says, but that difference, which is not much, is diluted with the new market conditions. It is no longer so profitable to have to transport your harvest, but to have an intermediary buy the grain just off the cob at the foot of your farm. It all translates into time and money savings. A good fermentation and drying process takes up to 4 days and takes it to the city at a high cost of transportation. “That used to mean paying $ 1 per quintal,” he says.

Today, with the decreed fuel hike , moving it costs up to $ 3, agrees Euro Sandolla, another farmer in the area, who also does not use documents to formalize the transfers of the 8 quintals he sells a week. “There is also an issue of insecurity. A colleague has been assaulted 5 times, leaves the bank to cash a check and is robbed. We are at risk in the countryside, imagine taking the product to the city ”, he says.

However, Anecacao insists on looking for ways out. That lack of control , he says, threatens not only quality levels, but sustainability itself. This not only exposes the sector to future penalties to the price of grain, but there is also the risk “that dirty money (laundered) will also enter the chain.”

The key, Miranda insists, is in how to get more people to return to formalization, that would also imply better income and profitability for the sector. But it is a process that, he clarifies, must start with the same intermediaries. “The State regulates us exporters and that is fine, but intermediaries have no rules either. They change their names, invoices, and legal units constantly during the same year, in order to avoid payments ”.

This is an issue that the industry has been exposing to various authorities of the Ministry of Agriculture for three years . It was done in the management of Xavier Laso, where work began on the draft of a regulation to formalize the sector, which, finished debugging and, 6 months ago, is ready. This document, which has been sent to the new authorities of this Government, has not yet received any comments. “… they don’t know about the dialogues and the work that this has involved … Now they see it as something that is not theirs and, therefore, not important.”

Guillermo Lasso’s regime has put the reactivation of agriculture as one of the main challenges. He has offered credit, training and assistance, but in his four-month term in office a program to help channel these offers has not been made public. The plans of the cocoa sector are not known either. This newspaper asked the Ministry of Agriculture a week ago for an interview to discuss the sector’s requests, but this did not materialize.

The lack of policies, says Miranda, can take a toll on the plans of an industry that continues to grow, produce and project more and more exports, in a market that is increasingly more competitive and with demanding demand. This year it is expected to close with 382,654 tons sold, versus 360,800 in 2020. A volume that, even with an unregulated sector, could reach 500,000 in 2025, at a cost of $ 1,300 million in foreign currency. The calculation is based on higher world consumption, which in recent years also comes from emerging countries.