Loja continues to consolidate its reputation for having the best specialty coffees in Ecuador. Three producers from that southern province of the country achieved the highest scores and won the first three places in the Cup of Excellence contest. 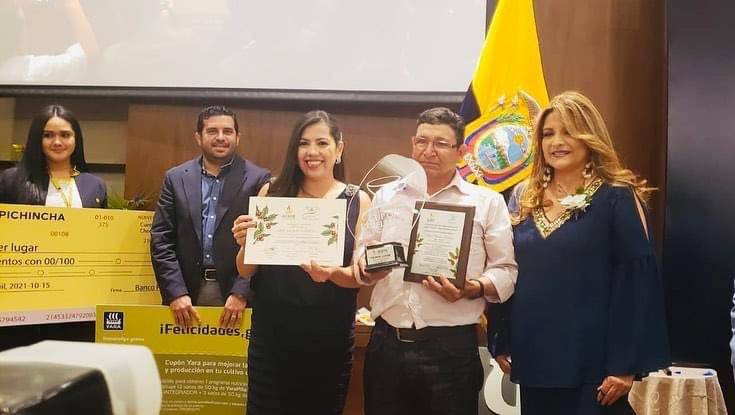 Producers from Loja captured the first places in the Cup of Excellence 2021 contest.

This competition was held for the first time in Ecuador and sought to identify the best specialty coffees in the country under a rigorous tasting process that included several phases.

With a score of 90.39, the coffee from the Arashi farm, owned by Abel Salinas, won first place in the Cup of Excellence. The winning coffee of the improved typica variety is grown in the Saraguro area, in Loja.

The producer Pablo Eguiguren, from the El Aguacate farm, achieved second place with a coffee grown in the Loja canton. Its sydra variety got 90.21 points from the jury.

The third position went to the South Alaska farm, owned by Jhon Madison. His cultivation of the typica variety got 90.07 points.

Specialty coffee has become one of Ecuador’s exportable products that is trying to conquer spaces in international markets.

Loja entered this contest as a favorite and with more chances of winning. Of the 43 producers shortlisted to enter the final stretch of the contest, 24 came from Loja. Another 10 were from Pichincha and 3 from Imbabura. Napo and Zamora managed to get 2 each, while Pastaza and Chimborazo each had one representative.

To be considered a specialty coffee, the beans had to score 86 points or more in this contest. In the scoring, some parameters are considered to know the attributes and benefits of the grains. The winners surpassed the barrier of the 90s.

Only Arabica coffee was accepted in the contest. One hundred producers registered with their samples.

On November 23, the Cup of Excellence 2021 auction will be held with the best coffees of this edition.

Paúl Songer, a specialist who has participated in more than 35 competitions, is the main judge for the competition that takes place in Ecuador.

Cup of Excellence (CoE), the most prestigious competition and auction for high-quality coffees, indicated that never before has a coffee event in Ecuador had close to this number of farmers participating. (I)