Julian Assange accepts being questioned in London by Swedish justice 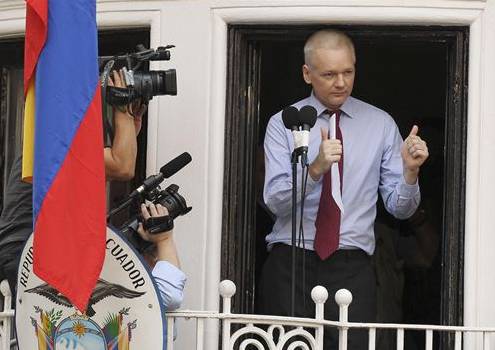 The founder of WikiLeaks, Julian Assange, is willing to be questioned in London by the Swedish prosecution in the case opened by four alleged sex crimes, for which he preventive detention was issued in absentia in Sweden in 2010.

“He’s happy for the decision, he wants to be interrogated and clear his name so that his life will continue,” said this Friday to the public media Radio Sweden Per E. Samuelsson, one of his Swedish lawyers.

The Swedish Prosecution announced today that it has sent a request to the lawyers of Assange so the questioning takes place at the Embassy of Ecuador in London, where he has taken refuge since 2012, a measure that the defense of the Australian journalist claimed for years and the reason why he had resorted to court.

The reason for the change of decision of the Prosecutor, which until now had refused to travel to London appealing to the seriousness of the facts and the Swedish legislation, is that several of the crimes of which Assange is suspected prescribe in August this year .

Assange is wanted for four alleged offenses against two women, which he denies, when he was visiting Sweden in August 2010, but he has not been indicted on charges.

Ecuador informed to the CAN the application of safeguards