Obama will evaluate “all options” to solve conflict in Ukraine 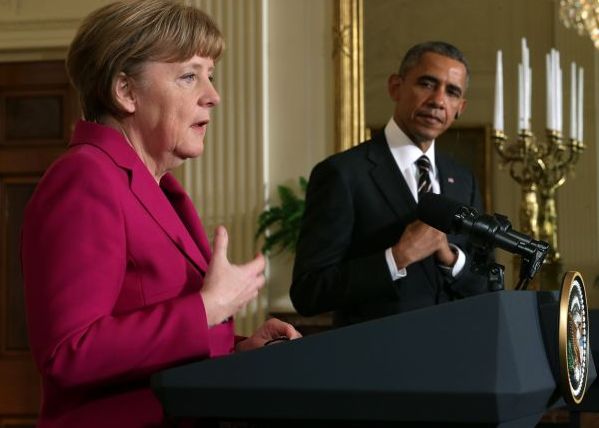 US President Barack Obama said yesterday he will evaluate “all options” available to resolve the crisis in Ukraine, including the delivery of weapons to Kiev, if diplomacy fails.

“The possibility of lethal defensive weapons is one of those options being considered, but I have not yet made a decision on that,” said the president.

Obama said he discussed this issue with German Chancellor Angela Merkel, whit whom he gave a joint press conference at the White House, and will consult with allies before making a decision.

The president said that the United States continues to “encourage a diplomatic solution in Ukraine,” but warned Russia that the international community can not simply allow “Europe’s borders be redrawn by force of arms.”

Merkel, meanwhile, reiterated that she does not support a military solution in Ukraine, but noted that her alliance with the US will remain “solid” even if the Obama administration decides to give weapons to Kiev.