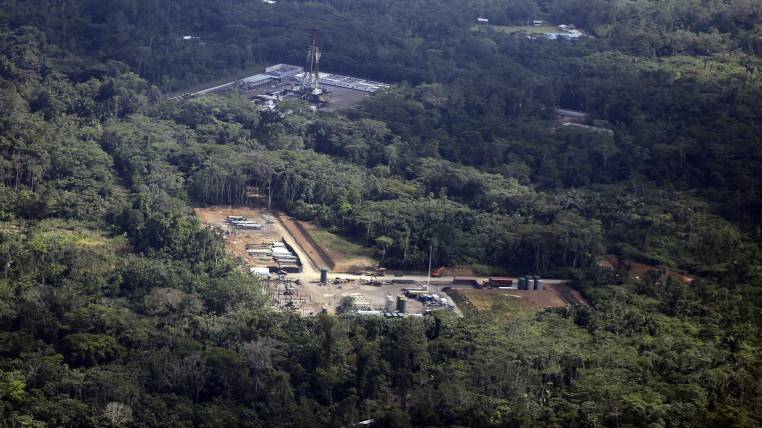 The accounts continue to grow. The public company Petroamazonas inherited debts from the government of former president Rafael Correa. The lack of resources amounts to 1,558 million dollars.

The millionaire ‘financial gap’ has repercussions on the suppliers of the oil company. Accounts payable exceed 2,222 million dollars. Since 2013, the Ministry of Finance has not delivered the full budget to Petroamazonas. That generated an accumulated debt that President Correa and his cabinet ignored.

EXPRESO published, on November 26 of last year, the financial statements of the public company and the commitment of the current Government to remedy the situation. In part, the offer was fulfilled. In December, Finanzas delivered 360 million dollars more than budgeted to Petroamazonas

With this payment and the issuance of bonds -which will be honored by Finance- to pay companies like Schlumberger, the debt that originally exceeded 3,216 million dollars could be reduced. Álex Galárraga, general manager of Petroamazonas, spoke with this newspaper and commented that there is a commission with members of the Ministry of Finance to reach the total payment of 1,558 million dollars.

This will serve, for example, to level the debts that the state has. According to the financial report of Petroamazonas, between 2013 and 2017, 17,095 million dollars were invoiced for services rendered by private and public companies. In the paid, however, only 14,873 million dollars are recorded.

That is, the company still owes 2,222 million. Who are the creditors? Transnational companies such as Primax, Baker Hughes, Hyundai Heavy Industries and Chinese companies appear on the list. There are also local suppliers and even public entities such as the Ministry of Finance itself.

According to official regulations, that ministry must receive part of the Petroamazonas budget, which it disburses itself, to finance the work of institutions such as the Comptroller General of the State. There are also accounts payable to the Ministry of Environment and Petroecuador. The advisable thing, suggest the public authorities, is to develop a mechanism of crossing of accounts that alleviates the burdens of, for example, the two oil companies.

Edisson Garzón, manager of the Public Coordinating Company, acknowledged that Petroecuador and Petroamazonas must improve the way they present their accounts in order to be more competitive. The way out, at least for Petroamazonas, is that its resources stop going through Finance and are delivered directly when the company sells the barrels of oil to Petroecuador.

Petroamazonas expects to have the reforms for the presentation of its states this year.

The new management of the oil company conducts sales of oil and derivatives in the spot market. It has also increased the import of derivatives in better conditions for the State. Petroamazonas In spite of the financial deficit that crosses the company by the lack of resources of the Ministry of Finances, Petroamazonas expects a budget of 2,879 million dollars for this year.

As reported by EXPRESO, yesterday, the oil investments in the Yasuní natural park are maintained. For this year, close to 417 million dollars will be needed and, in 2019, the amount will be 461 million. (I)