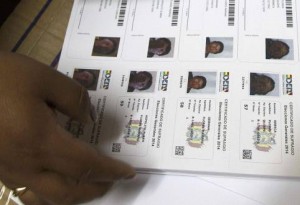 Today, about six million Bolivians will elect their new president for the next five years. They will also vote to select the 36 senators and 130 national deputies that will represent them.

The current president, Evo Morales and his Movement Al Socialismo, are the favorite according to polls with a 59%, well ahead of his main rival: The concrete businessman Samuel Doria Medina, from the center right, who has a 18%.

Evo Morales, was elected in 2005 and 2009 with more than 54% of voters. Analysts said that his management was favored by the extraordinary prices of raw materials.
The candidate indicated that he seeks to eliminate poverty; provide basic services to all Bolivians, ensure food security, improve the justice and education and implement a universal health insurance.

Samuel Doria, second in the polls, is a 56 years old economist, entrepreneur and owner of the largest concrete industry in Bolivia and of the Burger King and Subway franchises. Doria is postulated for the third time to the presidency. In the previous two he had less than 8% of the vote.

The candidate proposes to diversify the economy and fight unemployment. He notes that he will end the current government spending, he will industrialize raw materials and double the budget of health, education and security. He claims that he will distance from the ALBA because he considers it  a “failure”.