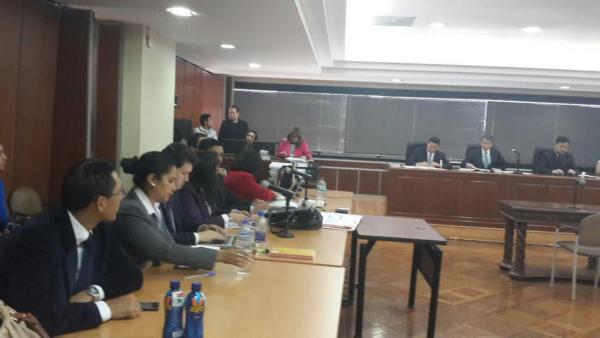 The Attorney General’s Office said today that it requested the judges of the National Court of Justice (CNJ for its Spanish acronym) to sentence Pedro D. for the crime of bank embezzlement. The order would be based on the evidence presented during the trial hearing of the Cofiec case, indicates in his Twitter account Attorney General Galo Chiriboga.

Pedro D. is accused of involvement in the granting of a credit without guarantees to Gaston D., for $ 800,000 in December 2011, indicates the institution inits Twitter account.

On March 2, began the adjudication hearing for 9 people accused of the illegal approval of a credit by the Cofiec bank.

The embezzlement offense is punishable under Article 257, paragraph a of the previous Criminal Code, which stipulates a penalty of 4-8 years of rigorous imprisonment.