Senators Bob Menéndez (Democrat, from New Jersey) and Jim Risch (Republican, from Idaho), who are part of the Senate Foreign Relations Committee, presented a resolution that ratifies the progress of bilateral cooperation and ratifies the support for Lenin Moreno government. 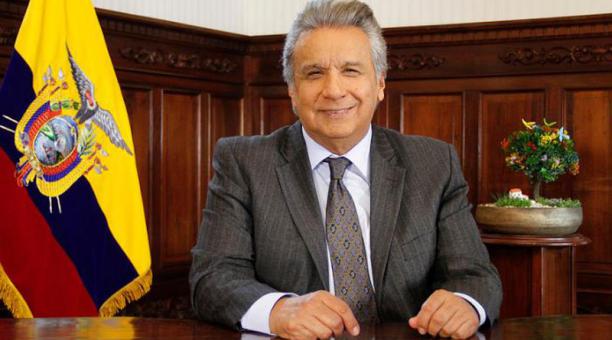 The president assumed power in May 2017 and within a few months he overturned foreign policy, which during the previous ten years, under the mandate of Rafael Correa, had maintained distances and discrepancies with the guidelines of the United States.

In a statement, the senators said that this initiative is joined by fellow Democrats Ben Cardin and Tim Kaine, and Republicans Marco Rubio and Ted Cruz. “In the past three years there has been a unique opportunity to improve a bilateral relationship that was marked by unfortunate tensions,” said Menéndez.

Risch noted that this resolution is a sign of support for democratic countries and condemned the Venezuelan government of Nicolás Maduro, as well as China’s debt policies.

Moreno met last February with President Donald Trump in Washington. The support of the White House was a key message, for example, for Ecuador to obtain greater possibilities of accessing international credits to face its budget deficit.

The senators’ pronouncement comes precisely when the Ecuadorian president, who has less than a year in office, registered low levels of popularity and has been criticized abroad for the measures taken to face the coronavirus pandemic.

To improve its image, the government was forced to hire the Miami-based public relations firm Balsera Communications, which since June 4 has been advising it on the relationship with the media, message positioning and the establishment of contacts with experts from the United States.

According to Communication Secretary Gustavo Isch, the contract with Balsera Communications was necessary to counter “a false news campaign that seeks to discredit President Moreno.” (The universe)