An Unknown Species of Dinosaur is Discovered in Ecuador 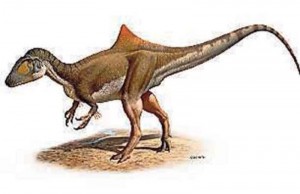 The 125 million years old fossil was found almost in its entirety in Cuenca, Ecuador, at the Las Hoyas deposit. The fossil was found by three Spanish scientists and indicated that the animal was 6 meters long and that probably lived in a subtropical wetland which is now the Highlands in Cuenca. The carnivorous adult dinosaur has been named “Pepito” by the scientists that work with it, but its official name is Concavenator corcovatus, which means “the Hunter of Cuenca” and has a different structure from common dinosaurs found before.

The fossil appears to have had a big hump, which is a very rare characteristic for this type of animals, and the use it gave to the hump would have had a thermoregulatory function, although the investigators Francisco Ortega, Fernando Escaso and José Luis Sanz don’t know for sure its utility yet. In addition, the dinosaur appears to have some kind of package in their forearms, very similar to the flying feathers nowadays birds have.

The fossil was actually found inlaid in stones years ago, but the scientists had a hard time putting the pieces together, something they recently achieved. It is now shown at the Castilla-La Mancha Science Museum in Cuencua, Ecuador.