Chikunguya fever arrives to Ecuador through a foreign visitor 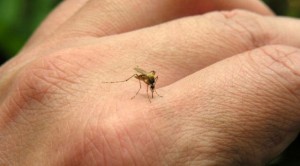 The Chikunguya fever, transmitted by the same mosquito that inoculates dengue, crossed the south border of the country and arrived in the southern province of Loja through a foreign visitor.

The detection of the first case was announced on September 2, by the Acting Minister of Health, Marysol Ruiloba. Through a press conference, she made a call to the population to take preventive measures to avoid the spread of the disease. The Ministry of Health conducted an epidemiological fence that established that there is still no native cases because the infection was not recorded in the country, but the person came infected.

Ecuador is one of the latest Latin American countries to which the virus has arrived, it first came to Venezuela, Colombia, Peru, Brazil, Bolivia, Chile, Paraguay and Argentina.

So far, the Central American countries have been the most affected by this disease that has already claimed the lives of nearly two hundred people on the continent and in the Caribbean.