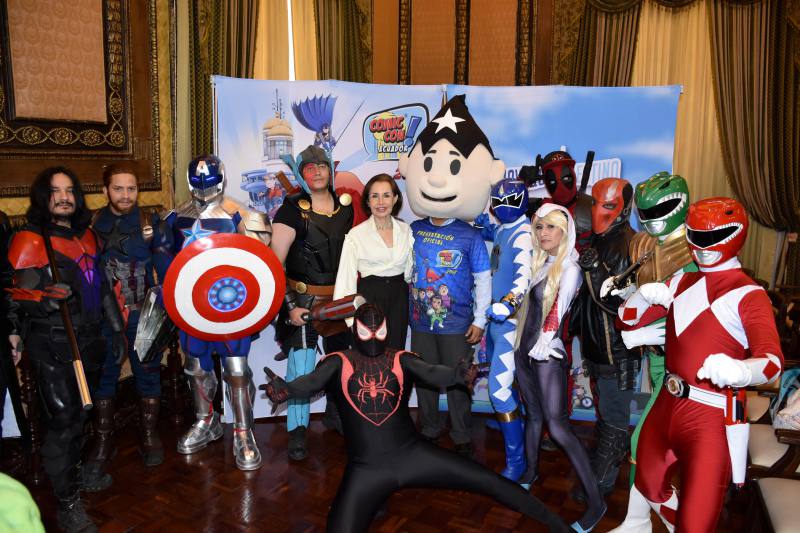 With 31 international guests, as well as 31 national exponents, the third edition of Comic Con Ecuador will open this year, an appointment that will be held at the Simón Bolívar Convention Center in Guayaquil.

The exhibition, which will run from Friday August 10 to Sunday 12, has the support of the Public Company Municipal Tourism, which chairs Gloria Gallardo, and will remain in the rooms A, B and C of the Convention Center. This year the intervention of foreign artists increased.

In this edition, which will be attended by three actors from the Power Rangers series, the 25 years of creation of this production that was popularized in the 90s are celebrated.

Comic Con Ecuador also joins this year to the global campaign promoted by National Geographic to encourage the habit of recycling plastic waste.

Also spaces will be implemented as ‘Jurassic Experience’, with the recreation of the dinosaurs and the jeep that appeared in the second film; ‘Aquaman’ a stand where the public can be photographed with the cosplayers Irina Meier and King Tide; as well as ‘Training my dragon’, a recreation of the animated film and its dragon Chimuelo, for fans to take photos.

Football fans will also be able to photograph themselves with replicas of the Copa Libertadores and the Copa Sudamericana during Comic Con.

Value of the ticket: $ 12. Points of sale in TicketShow, through its website, or in its islands in the shopping centers in San Marino, Mall del Sol, Riocentro Ceibos and Riocentro Entre Ríos. (E)