According to Vice President of the Federation of Physicians, Victor Alvarez, this Thursday a mobilization will be held from hospitals Eugenio Espejo and Carlos Andrade Marín, to the Council of the Judiciary, because of Article 146 of the Integral Crime Organic Code (COIP for its Spanish acronym) concerning the malpractice.

However, the plenary of the National Court of Justice (CNJ for its Spanish acronym) is expected to approve today an interpretive rule of Article 146 as a means to ease tensions with the unions of doctors, who will be marching today from 16:00.

Doctors questioned Article 146 because, in their opinion, their work is criminalized. Following an agreement with the regime, the CNJ was requested to prepare an interpretation, which is expected to be adopted before the marches. 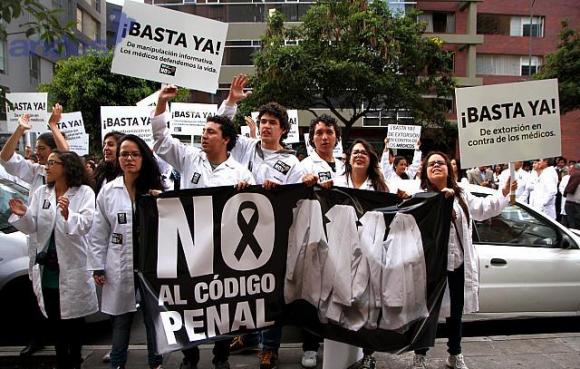 Last January 27, the union of doctors marched over the COIP.

Ecuadorian teachers will be able to access Masters degrees in Spain