So it was said by Mexican president Enrique Peña Nieto, on last Sunday March 9, on press conference after his arrival to the Ecuadorian capital, Quito. “This visit seeks to reaffirm the bonds of friendship and affection between two people who belong to the same culture, the same identity,” he said.

Peña Nieto, who was received at the Mariscal Sucre airport by Foreign Minister Ricardo Patiño, also indicated that the agenda to be developed during the visit will consist on strengthening business relationships, cultural cooperation, energy topics and other issues in order to toughen up “the 177 years of fraternal relations between Ecuador and Mexico.”

Among several objectives of the agenda between the leaders, an agreement to promote interagency cooperation in science between the National Institute of Higher Education, Science and Technology (Senescyt for its Spanish acronym) and the Technological Institute and of Superior Studies of Monterrey in Mexico, is included. They will also analyze the removal of visas to Ecuadorians temporarily traveling Mexico for studies or tourism. 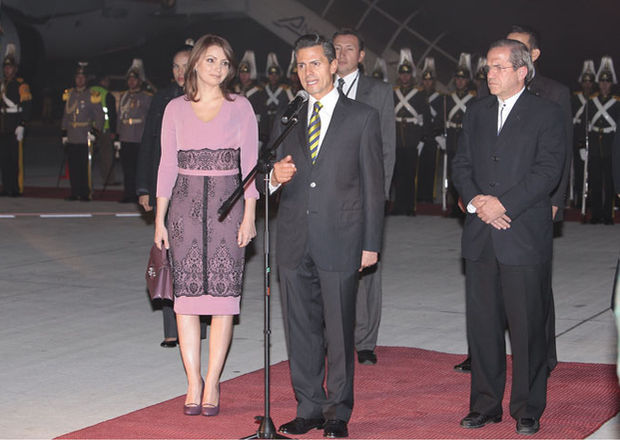