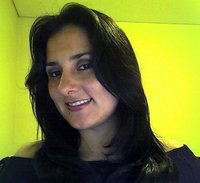 Her family and friends describe her as a “go getter”, a woman full of strength. María Augusta Álvarez Zapata, the first female marine officer, passed away last Friday during a skydiving practice in Valparaíso, Chile.

“She became the first female officer in the history of National Navy, she was an example” said Fernando Álvarez, cousin of the deceased woman. He also mentioned that his beloved cousin loved her career and due to her gender it was a challenge for her but even then she showed she had skills and braveness.

“Magu”, her nickname given by friends, went to Alejandro Cárdenas elementary school and 24 de Mayo high school in Quito; she dreamed of becoming an admiral and then manage Ecuadorian Marine in the future.

There is no exact date for the arrival of the officer’s remains, but according to Chilean Navy, the body will be repatriated between Tuesday and Wednesday this week because both countries Navies must deal with a paperwork process.

The 26 year old died when she fell 3.200 meters high, apparently the parachute was broken and it didn’t open when she jumped. María Augusta had traveled on February 5th as an exchange Electronics Engineering student at the Polytechnic Navy Academy in Chile.

Chilean authorities have not revealed the place where the officer fell and requested family to not give details to the press. Meanwhile Ecuadorian Navy expressed its condolences to the officer’s family.

The young officer got into the Rafael Morán Valverde Navy School when she was 18, she completed her studies and after four years of hard work and strict military training, she graduated as the first sub lieutenant at the age of 22 in 2006. She also went on three cruises in Buque Escuela Guayas (BAE).

“More than proud, I feel responsible for achieving this goal, I’m now an example to all of those women who want to become officers” said María Augusta in an interview with Diario El Universo in 2006.

Former Referee Byron Moreno Arrested for Drug Possession in the US